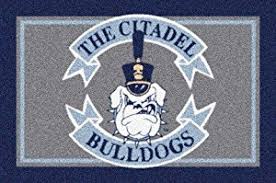 The most frequent questions I get asked are:

“How did you become Service Disabled?”
“How did you earn a Purple Heart?” and
“Tell me about the Citadel”.

Honestly, it feels strange to tell this story. It is something that brings back very difficult feelings for me and I usually don’t talk about it. If you have served, then you know exactly what I mean. If you have not had the honor of serving, maybe this will help you feel the experience.

My father was career military, Army, so we lived in lots of places: Ft. Campbell, KY, Ft. Bragg, NC, Ft. Leonard Wood, MO & France. When he retired he returned to Batesburg, SC where my mother was from. I graduated from high school there.

My friends were going to the Citadel, so I went too.

I was drafted into the Army in 1969. I went through Basic Training and AIT at Ft. Jackson, SC. I took the Officer Candidate School (OCS) test and was accepted to officer training. I went to Ft. Benning, GA for OCS, Infantry.

After I was commissioned to 2nd Lieutenant, I went to Jump School at Ft. Benning. I was then assigned to the 82nd Air Borne at Fr. Bragg, NC. I spent one year there and was deployed to Vietnam with the 173rd Airborne Brigade.

I was a 1st Lieutenant by then. My platoon was stationed in the central highlands outside of An Khe, Vietnam. We were in the field for 90 days and then came in for a 3-5 day stand down to resupply and have a little rest time. However, we were the ready platoon. If anything happened, and help was needed in the field, we were the ones to be put on helicopters and inserted into the combat to add more troops to the fight. It was reassuring to know that, if we got into trouble, we had another platoon covering our back and we did the same for them.

I was wounded when we were on a plateau and taking a lot of random enemy fire. It was from North Vietnamese troops, not local NVA recruits. We found a huge cache of 155 rounds that the NVA were taking apart and using to make bombs. I called in the Combat Engineers to help us blow up the cache so that the NVA couldn’t use it. They rigged the site with C-4 and we moved off approximately 1000 meters. When they blew the site, shrapnel rained down all around us and I had two of my men injured along with a couple of the Engineers.

When we went back to check out the bomb site, the 155’s were still mostly intact. We started taking heavier fire and it was decided, by my commanding officer, that we would call in a B-52 air strike on the entire ridge and not only solve the 155 problem, but hopefully destroy the NVA caves on the ridge.

The air strike was scheduled, and we had 4 hours to clear the ridge and be at least 3 miles from the strike site. We headed out away from the ridge and it became clear to me and my Sergeants that we weren’t going where we were supposed to be. I called for an air burst of white phosphorus to mark our position, so we could figure out where to go.

We were on a small hill inside a bamboo patch, the wp went off and it wasn’t overhead like we hoped. I ran out of the bamboo patch to try to locate the wp and, as I did, I was shot in the right leg. My medic and one of my Sergeants pulled me back into the bamboo and we called for a medivac and for an air strike of the area around the hill.

We were told that there wasn’t enough time before the B-52s arrived for the air strike of the ridge and that we weren’t out of the way. They were already inbound and we had to run. My medic shot me up with morphine and my largest Sergeant grabbed me and we took off. I remember very little after that. The morphine took over and I missed the B-52 strike altogether. They tried to get a medivac in later that day, but the ground fire was too great.

I was finally medivaced out on Valentine’s Day, February 14, 1970. We had been in constant contact the entire 2 days and no medivac would come in until we had a secure LZ for it to land on.

After I recovered, I spent the rest of my tour helping destroy the bases the 173rd had in Vietnam so the entire unit could redeploy to Ft. Campbell, KY. It was on one of these LZ’s that myself and 3 of my friends were sprayed with Agent Orange.

We had been taking increasingly heavy enemy fire from the surrounding hills, to include rocket fire that blew up our PX trailer.

It was decided that we’d have the Air Force come in and defoliate the surrounding hills of all trees and brush. The day the C-130’s came to spray the defoliate, my friends and I were cooking out next to our tent. The C-130’s came over and not only sprayed the hills, but us as well. No one told us to go inside and we didn’t really realize what was happening until it was over. All of the trees died and so have all of my friends that were with me that day. My last friend passed away 2 years ago.

I was on the last plane out for the 173rd. I spent 3 more years in the Army at Ft. Campbell, KY before leaving the Army.

I spent several years working with my good friend who had ventured into the container industry. He offered me the opportunity to learn the business under his tutelage and support. As the business grew, so did our North and South Carolina freight container and shipping transport company, Carolina Container Connection. It is now my full-time job and I can honestly say that I love what I do. I have the benefits of working my own small business with the expertise and support of my larger parent company.

It is exactly where I was meant to be, and I am grateful to have the opportunity!